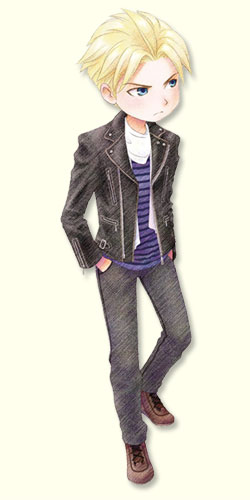 Damon lives with his family at the Hoof House Animal Shop. He doesn't help with the animal store, and instead prefers to spend his days with his motorbike friend, Lars. Damon's lack of motivation for planning his future prospects weighs heavy on him, as he would much rather prefer going on adventures than helping out with his family's animal store. He tries to be dark and mysterious, with a blunt way of speaking, but he's actually a secret romantic who enjoys gazing at the stars.

Schedule: On rainy days, Damon stays inside of the Hoof House Animal Shop all day. On sunny days, he will wander around Olive Town. He has a route he walks most days of the week, and a second route that he takes on Tuesdays:

You can stay inside the animal shop until 12:00 am. 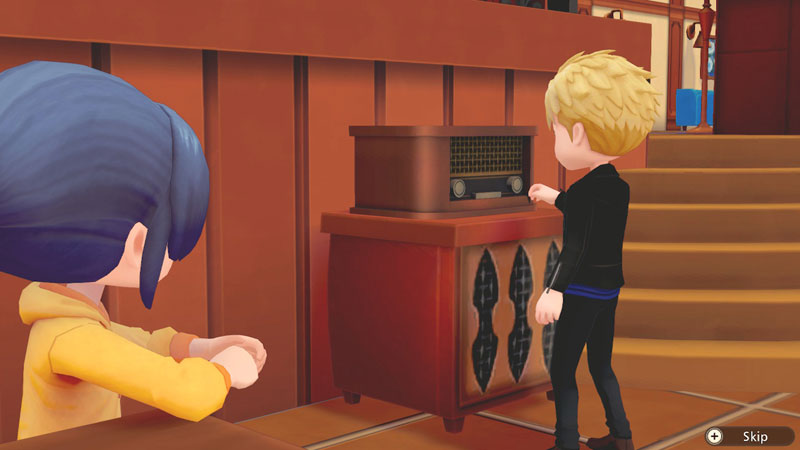 Sally welcomes you, inviting you to sit wherever. Before she can take your order, Damon walks in. Sally asks if he wants the usual, and he affirms, asking if he can change the radio. She agrees, and Damon changes the radio before asking for your opinion on the music.

He smiles at your response. He asks if Sally has taken your order, and upon your answer, he goes to sit down. Sally brings you your coffee and brings Damon his, giving you both a special blend. Damon claims it all tastes the same to him, and Sally tells him that she uses a different blend each day. He says that the barista is the issue, and Sally shrugs it off, promising to meet his lofty expectations next time. 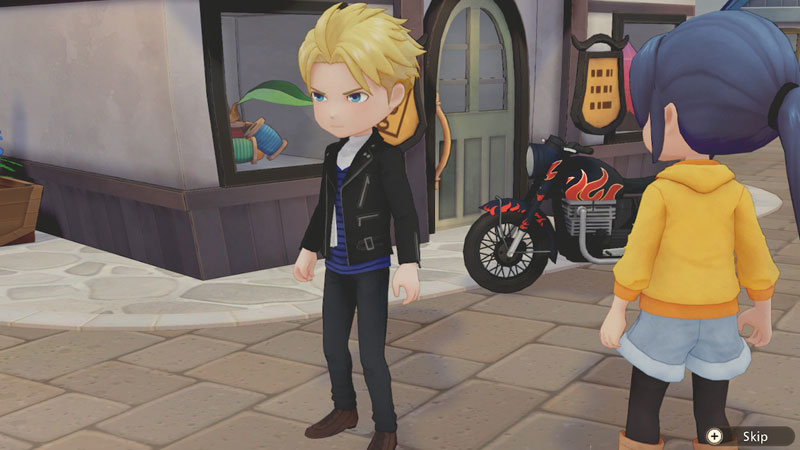 You walk into town, only to come face to face with a trio of loose cows. These bovines are blocking your path! Damon rides up on his motorbike and stops to help. He explains that the cows get loose every so often. He soothes the cows, then makes sure you're not hurt.

He scoffs, telling you to think whatever you want. Damon says goodbye to you, walking back to his bike. 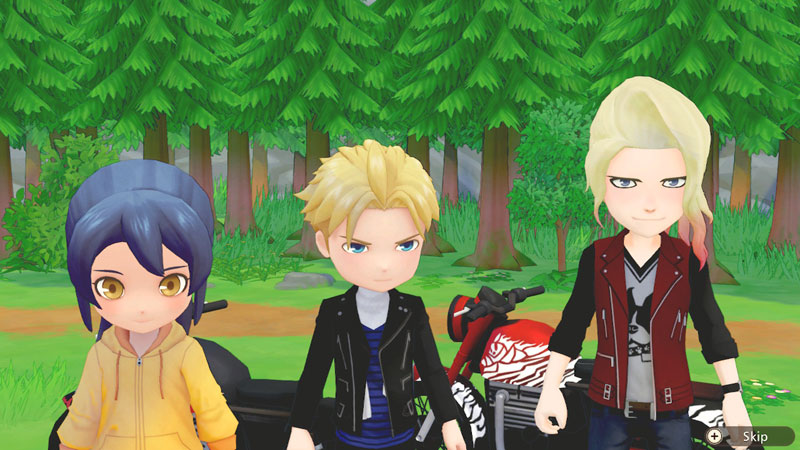 Damon and Lars greet you as you enter the animal shop. Damon asks how the farm is, and Lars invites you to go with them for a ride. They don't have an extra bike, but you can ride with Damon. Lars hands you a helmet, and the three of you ride off.

After you stop, Lars offers you some coffee, Sally's special blend. Damon is silent, and Lars assumes he's in a bad mood because he got into a fight with Georg or something. Damon replies that he's too old to fight with his dad, while Lars brags that he's never fought with his family. Damon responds that it's because Lars only has a brother. Lars is shocked at the notion that Damon fights with his sister! He tells Damon that he should apologize to Bridget, and he begrudgingly agrees.

Damon talks about how nice it is to get away from town, how he can leave his troubles for a short while. The three of you chat before heading home. 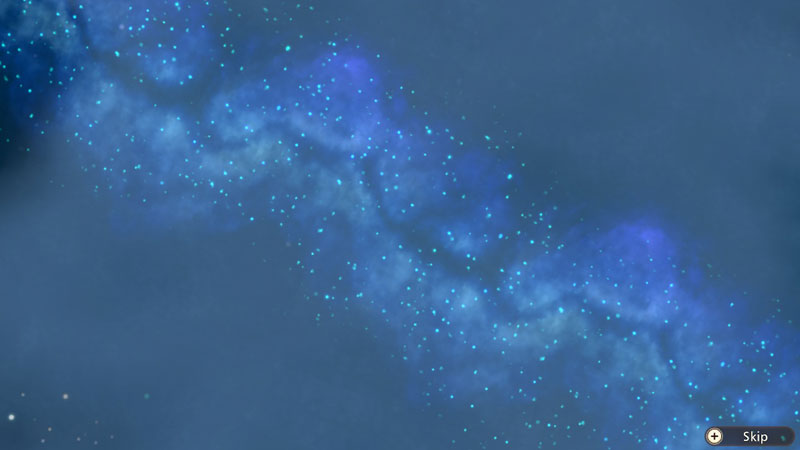 Patricia asks you to get Damon since dinner is ready. You find him outside, staring at the sky. He tells you that he wants to look at the stars for a bit longer, getting a bit defensive, asking if there's something wrong with that. You shake your head, and he asks if you like stars too. You two watch the sky. Damon explains that when he looks at the stars, it feels as though he's floating in space.

He starts to tell you about constellations, specifically the one called Boötes. It represents the herdsman, so he thought it was his family's constellation when he was younger. It's the only one he knows. The two of you see a shooting star, and he says that something good will happen. 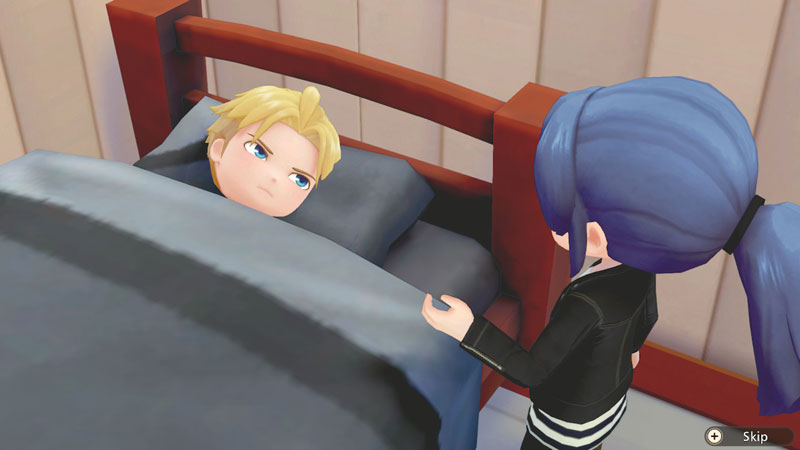 Patricia greets you as you enter the shop. Her kids aren't here at the moment though. Suddenly, Lars runs into the shop, in a panic, and asks for help. Damon has gotten into a motorcycle accident when he hit a try after swerving to avoid a cow! Even though Damon has said cows are smelly and dumb, he still has a soft-spot for the big bovines. You all rush off to get him.

Luckily, he's relatively uninjured. You all bring him back to the shop and put him to bed. Patricia leaves to check on the cow; it was so spooked that it fell into a ditch. Lars heads out to retrieve the motorcycles, leaving you alone with Damon.

Damon wakes up and asks you what happened. You explain everything to him. Damon thanks you for staying with him before going back to sleep to rest some more. 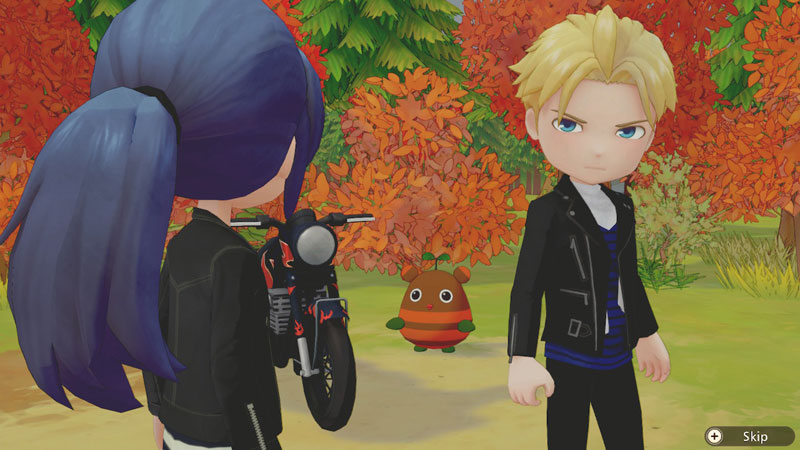 Damon takes you to a waterfall, telling you that this was the special place he wanted to show you. He wanted to bring you to this place to confess his feelings for you, but you beat him to it. Damon tells you that he feels the same way as you do. He hasn't been able to get you off his mind. Damon confesses that he loves you and summons you closer to the water. Damon explains that his sister saw a spirit here when she was a kid, and while he hasn't seen the spirit, maybe it will help him.

An Earth Sprite appears behind him. Damon asks if there's anything there, but you decide not to tell him. 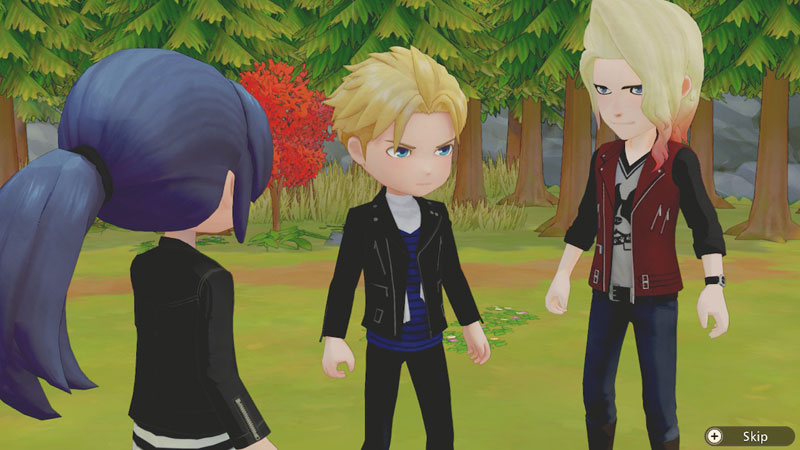 Damon greets you, saying he wants to talk to you about something. You hop on his bike, and he takes you somewhere quiet.

He asks you if you like Olive Town. He likes living here too, but he wants more. He needs adventure, something different. Damon wants to leave town one day, and so he tells you that he doesn't want to be tied down any more than he already is.

Suddenly, Lars comes up, upset at Damon's words. He was napping nearby when you arrived and overheard the whole conversation. Lars explains to Damon that he can have adventures anywhere he wants and suggests that Damon should start his own adventures before deciding to ditch town. Damon realizes there's more to his dilemma than he thought and begins to tell you all about his adventure ideas while you and Lars listen. 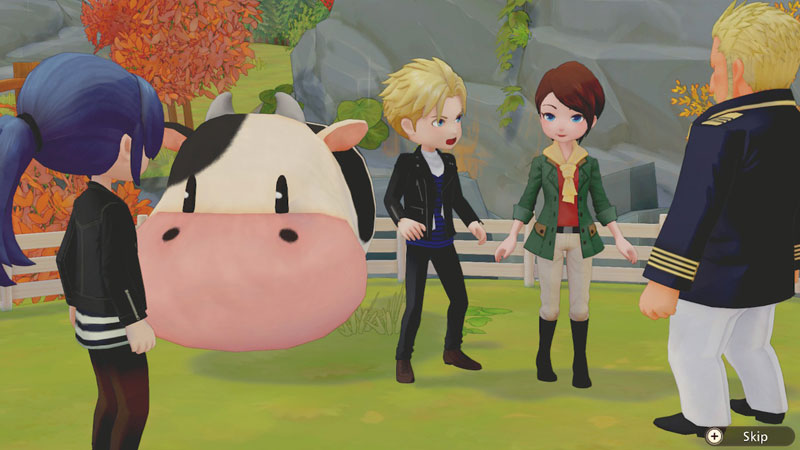 Patricia comes up and tells him there's no reason both of them couldn't take over the store together. Does he look like a cowherd? Damon confirms he is not interested in managing the animal shop. His mom asks Damon what he plans to do when Georg joins the conversation. Georg tells Damon that he always looks happiest when working on his bike. Georg wants Damon to do what makes him the happiest. Bridget can care for cows, so he doesn't need to worry about the shop.

Besides, you're a farmer. Patricia says the two of you are a perfect match. Georg agrees with her, telling you to take care of Damon, who is embarrassed. 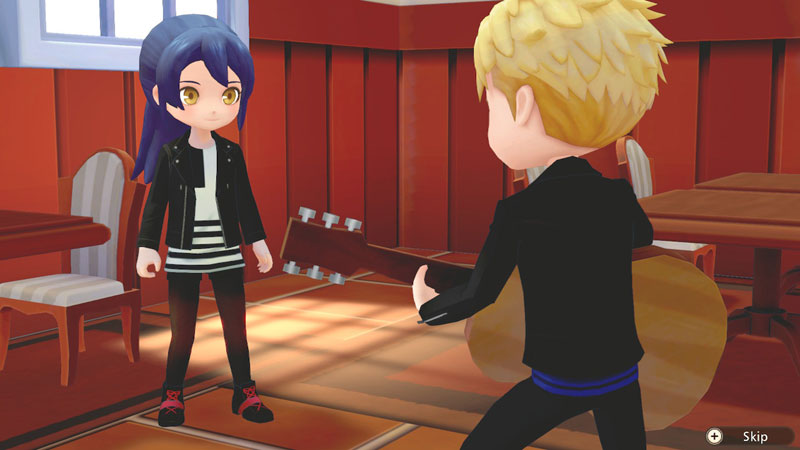 Lars greets you in the plaza and quickly bids for you to follow him, saying there's something you have to see. He brings you to the Capeside Bistro, where Damon and Sally are. Damon tells him it's still a work in progress, and Sally insists he go on anyway.

Damon pulls out a guitar and starts playing it. He says that a melody came to him yesterday, and it wouldn't leave him alone until he composed it. It's called "You're My Spirit," a song about you! He starts to sing, and Sally is amazed by how good it is. When he's done playing, Sally praises the song and tells Damon that he should perform it at a proper concert. He says that he wrote the song just for you, and he doesn't want to perform it in front of anyone else but you. 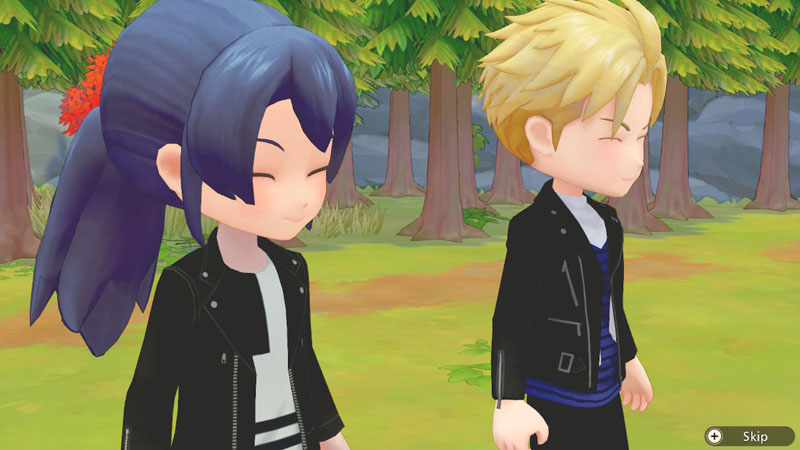 After presenting Damon with the Blue Feather, he brings you to a secluded spot. He says he wants to marry you too but asks if you're sure that you desire to spend the rest of your life with him. You do! Damon thanks you, then gives you a ring that he crafted himself. He tells you it's a token of his commitment to you.

Suddenly, Lars pops up out of nowhere, declaring that he wants to stand as a witness! Damon asks Lars what's he's doing here. Same as always: just trying to nap, but SOMEONE decided to get engaged in his napping spot. He starts trying to officiate your impromptu wedding before realizing he doesn't know the proper lines. Instead, he makes the two of you promise to help each other out for the rest of your lives. You both agree, and by the power vested in him, you're married! Of course, you're not actually married; there's an official ceremony that must occur. But still, Damon is grateful to Lars for being there.