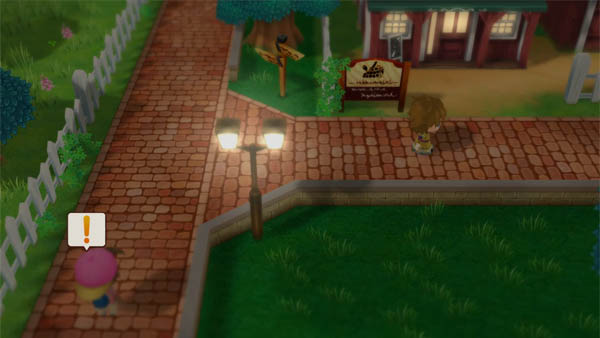 As you walk along the path, you see a shadowy figure by the winery. That looks like Cliff?! He runs away, but eventually you catch up to him. Cliff reveals that he's been thinking a lot about the folks of Mineral Town, but truthfully he feels like he should do something for them in return. He doesn't know what to say to everyone.

Choice 1: They'd be happy to hear that.

Oh, you think so?

Cliff doesn't have a response to that...

Duke comes down the path and notices the two of you. He recognizes Cliff from the church. Duke mentioned that it looks like Cliff doesn't have anything to do. Well that must be nice! Duke laments that he is always busy at the winery, and wishes that he had someone to help him. You get an idea and suggest that perhaps Cliff would be able to help. Duke asks Cliff if he could help him with the work at the winery. Cliff is skeptical about Duke's request. He doesn't understand why Duke would offer a job to someone who had skipped town. Duke is unwaived and insists that Cliff go with him. As Duke leaves, Cliff complies with his request and follows him back to the winery.

Starting the next day, you'll see Cliff working at the winery.